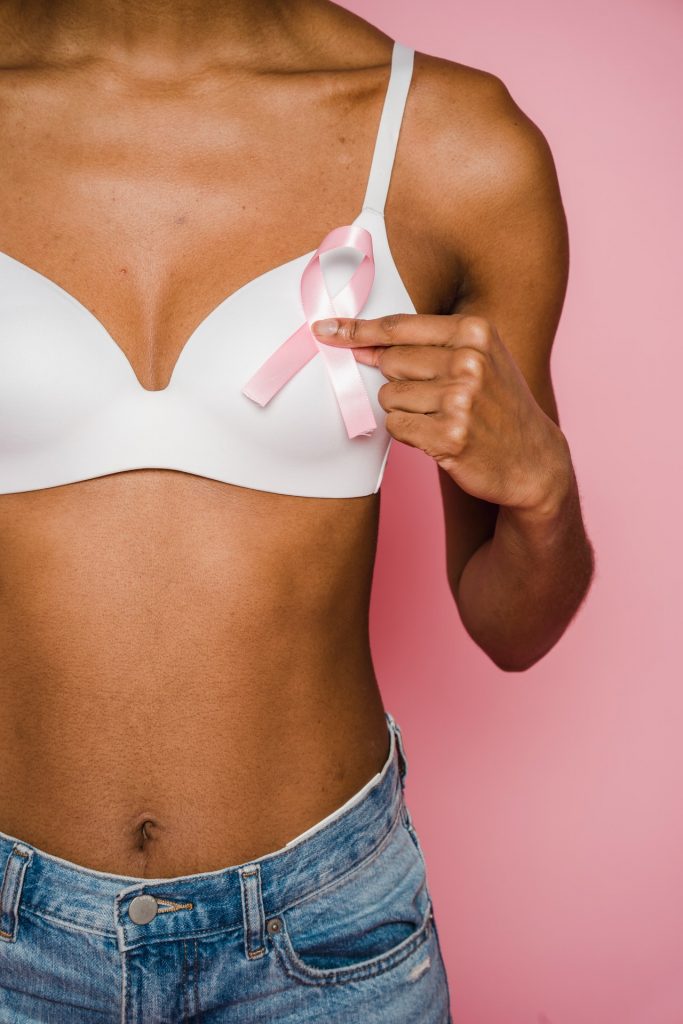 A lumpectomy means the removal of the part of the breast containing the cancer.  No muscles are removed.   This may be combined with removal of some lymph nodes from the axilla.  This operation is done when it is possible to treat breast cancer without removing the whole breast .  It is  usually followed by irradiation to the breast.  Traditionally, the wound would simply be closed after removal of the tumour, leaving behind a defect in the tissue which might result in a permanent defect.

In our unit it is standard practice to perform some form of volume displacement or  rearrangement once the tumour has been removed.  This is a simplest addition to the procedure. The surgeon first removes the cancer and a margin of healthy tissue. The surgeon then loosens nearby tissue beneath the breast skin and uses it to fill in the space left behind. This improves the final cosmetic result.

There are many different types of incisions one can use, depending on the location of the tumor. We will try to place the scar in a less visible position like under the arm, around the areola, or in the area under the breast if possible.

Both infiltrating cancer and in-situ cancers could potentially be managed with lumpectomy.

The operation is done through a small incision and usually takes about 1 hour.

Oncoplastic surgery combines the plastic surgery technique of a breast reduction with lumpectomy surgery to give you a better cosmetic outcome after the cancer is removed.

You can think of an oncoplastic operation as a doing a breast reduction operation and including the cancer in the area to be removed while moving the remaining tissue into position to create a normal but more compact breasts mound.

There are many different oncoplastic approaches available to reshape the breast after removing the cancer and in our unit, almost every lumpectomy will have some local tissue transposition to prevent a permanent defect.

Oncoplastic surgery techniques also include reconstruction after mastectomy, but for the purposes of this document, we will limit the discuss to breast conservation surgery.

Our Surgical team were one of the first in South Africa to incorporate oncoplastic techniques into breast cancer surgery.

What is oncoplastic lumpectomy?

The two main options for breast cancer surgery are lumpectomy and mastectomy. Breast reconstruction is routinely offered with mastectomy, but you might not know that oncoplastic surgery could be a reconstructive option if you’re eligible for lumpectomy.

Lumpectomy — also called partial mastectomy or breast-conserving surgery — removes the breast cancer and a rim of healthy tissue called a margin, preserving most of the breast. The surgeon then closes the incision. Initially fluid fills the space left behind, but later a defect may remain in the operation area.  If the cancer is small and you have a large or mid-sized breast, you should still have an excellent cosmetic result. But with larger tumours in smaller breasts, some women are not completely satisfied with their appearance after traditional lumpectomy.

In some cases, a divot or dent forms and causes visible indentation in the breast, a tight scar, or distortions in the nipple’s appearance. Radiation often worsens the cosmetic effect on the breast by affecting the size and shape. A breast that looked fine on the operating table might not look the same as time passes.

Oncoplastic lumpectomy combines plastic surgery techniques with lumpectomy to both remove the cancer and reconstruct and reshape the breast. It can be useful for achieving a better cosmetic outcome , especially  in those who have:

Oncoplastic lumpectomy is not a good option for inflammatory breast cancer or for cancers that are so widespread they can’t be completely removed with a good aesthetic result. The procedure also may not be possible if there are multiple tumours throughout the breast, unless the breast is quite large and the tumours clustered together.

There are many different approaches to oncoplastic lumpectomy. Simple oncoplastic techniques (Level 1)  are routinely used in out unit. We will focus on the more advanced procedures (Level 2)

With all of these approaches, the surgeon pays attention to the position of the nipple and areola, adjusting its location as needed while maintaining its blood supply. In Some cases, removal of the nipple may be required.

Volume reduction with breast lift (mastopexy): The surgeon removes the section of the breast that contains the cancer and then performs a breast lift. This procedure can address sagging breasts (ptosis) or excess skin. To make the breasts symmetrical, the surgeon can also perform a breast lift on the other side.

Significant breast reduction (reduction mammaplasty): If a woman has very large breasts, the surgeon can remove the cancer and a larger amount of surrounding tissue as part of a breast reduction. The surgeon would also reduce the size of the other breast to match.

Volume replacement using nearby tissue flaps: Flaps of tissue from the side of the body (near the breast) or the upper back can be moved into the breast area while still attached to their blood supply (this is called a pedicle flap). The surgeon may use flaps if there is not enough nearby tissue to fill in space left behind after the lumpectomy (in a smaller-breasted woman, for example) or if a woman wants to maintain her breast size.

Volume replacement with fat grafting: This is typically used after you complete radiation therapy  to fill in areas of the breast where volume is needed or to ensure better symmetry.

All these  procedures require a a team approach between the cancer surgeon and plastic surgeon working together simultaneously. Our surgical team is well versed in all of these techniques.

Other things to know about oncoplastic lumpectomy

Just as with a regular lumpectomy, the cancer is sent for pathology testing to the lab to ensure complete removal. Oncoplastic operations reduces the risk of requiring further operations for residual cancer. Tiny metal clips will be left to mark the cancer bed. These clips ensure that, even after the breast tissue is rearranged, your oncologist will still be able to see the cancer’s original location. This is helpful for planning radiation treatments and for future breast cancer screenings.

Sometimes, we may perform oncoplastic surgery on the cancerous breast and then wait a few months to a year after radiation before performing surgery on the healthy breast to bring it into balance, if needed. That’s because it can be hard to predict what effect radiation therapy might have on the breast. In general, we prefer to operate on both breasts at once.

It is understandable to want the cancer out as quickly as possible. But it may be worth taking time to enquire about oncoplastic surgery. The planning will be a little bit longer, but there would be no risk to your health or the cancer risk. Most Medical Aids will cover this type of surgery as it is seen as reconstructive and not cosmetic.

Mastectomy is breast cancer surgery that removes all the breast tissue.

A mastectomy may be done:

There are several different types of mastectomies, based on how the surgery is done and how much tissue is removed.

In this procedure, the surgeon removes the entire breast, including the nipple, areola, and skin. This is done under general anaesthetic in hospital. If only the breast is done with no lymph node dissection, most women can go home the next day.

In this procedure, as much of the skin over the breast as possible is left intact. Only the breast tissue, nipple and areola are removed. The amount of breast tissue removed is the same as with a simple mastectomy and implants or tissue from other parts of the body can be used during the surgery to reconstruct the breast.

Many women prefer skin-sparing mastectomy because it offers the advantage of less scar tissue and a reconstructed breast that seems more natural. But it may not be suitable for larger tumors or those that are close to the surface of the skin.

The risk of local cancer recurrence with this type of mastectomy is the same as with other types of mastectomies.

Nipple-sparing mastectomy is a variation of the skin-sparing mastectomy. The breast tissue is removed, but the breast skin and nipple are left in place. This can be followed by breast reconstruction. The surgeon often removes the breast tissue beneath the nipple (and areola) during the procedure to check for cancer cells. If cancer is found in this tissue, the nipple must be removed.

It is more often an option for women who have a small, early-stage cancer near the outer part of the breast, with no signs of cancer in the skin or near the nipple.

As with any surgery, there are risks. Afterward, the nipple may not have a good blood supply, causing the tissue to shrink or become deformed. Because the nerves are also cut, there often may be little or no feeling left in the nipple. If a woman has larger breasts, the nipple may look out of place after the breast is reconstructed. As a result, many doctors feel that this surgery is best done in women with small to medium sized breasts. This procedure leaves fewer visible scars, but it also has a risk of leaving behind more breast tissue than other forms of mastectomy. This could result in a higher risk of cancer developing than for a skin-sparing or simple mastectomy. Improvements in technique have helped lower this risk and experts consider nipple-sparing mastectomy to be an acceptable treatment for breast cancer in properly selected women. 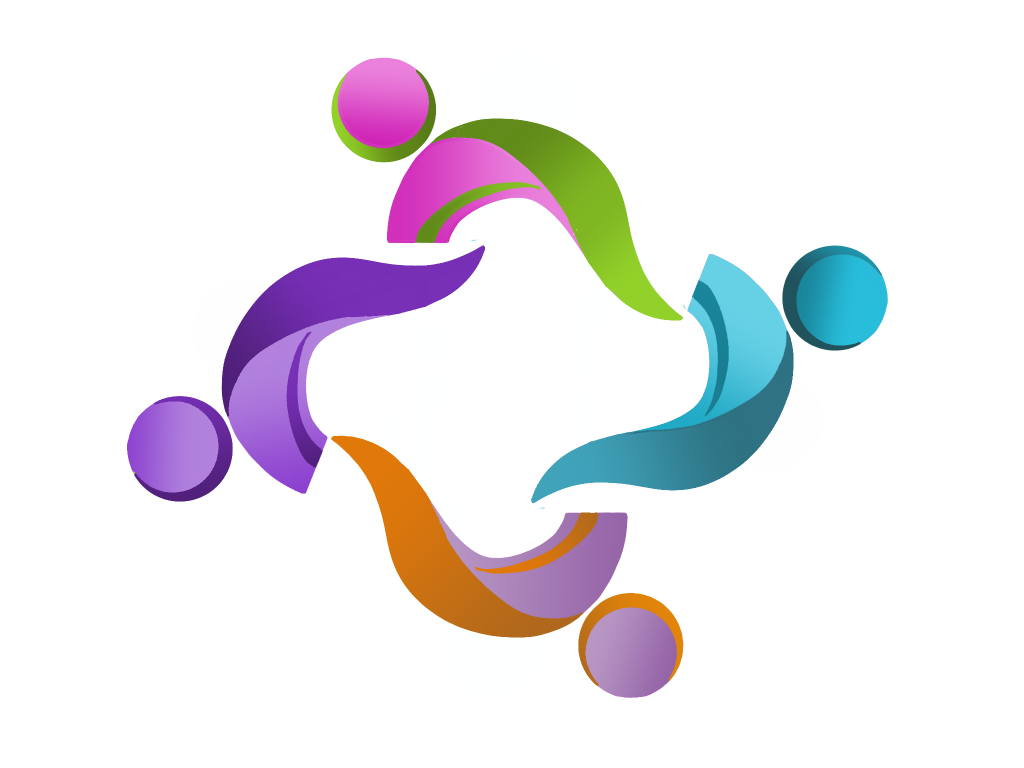